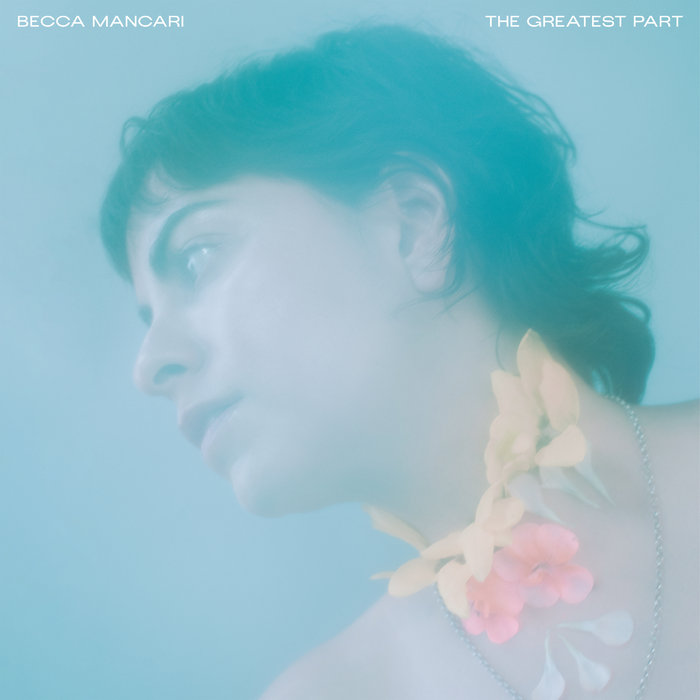 Ursula's Crow Dreamy and sun-soaked, The Greatest Part contains dark currents under its shiny surface. The sweetness and the pain makes for a unique listen. Favorite track: Knew.

agutterfan Like a queercore version of Hazel English, where shiny pop surfaces float on top of dark lyrical undercurrents of pain & memory. As a pop record it's one of the best of the year, sonically very interesting in its textures, many songs bursting out into distortion, fuzz or strings as if unable to contain the emotions within. Lyrically, personal & intimate but accessible. Grows with each listening. One of the albums of the year. Favorite track: First Time.

Expanding beyond the homespun rootsiness of her critically acclaimed debut to incorporate a grittier, more experimental palette, Becca Mancari’s captivating new collection, ‘The Greatest Part,’ lives in a liminal space between grief and joy, pain and forgiveness, sorrow and liberation. The record, produced by Paramore drummer Zac Farro, marks a significant sonic and emotional evolution, balancing unflinching self-examination with intoxicating grooves and infectious instrumental hooks fueled by explosive percussion and fuzzed out guitars. The lyrics are raw and gutsy to match, peeling back old scars to explore the emotional and psychological turmoil Mancari weathered growing up gay in a fundamentalist Christian home, while at the same time examining the ties that continue to bind her to the family she loves. Though personal reflection is nothing new for the Nashville-based songwriter, ‘The Greatest Part’ finds Mancari digging deeper than ever before, excavating new layers of her psyche in an effort to make sense of where she’s been, where she’s headed, and most importantly, who she’s become.

“This record was the hardest thing I’ve ever had to write,” she explains. “At the same time, it was also the most freeing.”

Born on Staten Island to an Italian/Puerto Rican family with strict religious beliefs, Mancari spent much of her childhood wrestling with issues of identity and belonging. After college, she set out on her own, following the wind from Appalachia to Arizona, from south Florida to India, drifting in search of purpose and community. Mancari eventually found both in East Nashville, where she garnered widespread acclaim for her strikingly honest songwriting and emotionally riveting performances. ‘Good Woman,’ her 2017 debut, was a critical smash, praised by NPR for its “exquisite self-awareness” and hailed as one of the year’s best by Rolling Stone, who lauded its “confident vocals [and] spacious, hazy production.” Songs from the record racked up millions of streams on Spotify and helped land Mancari dates with the likes of Margo Price, Hurray For The Riff Raff, Shovels & Rope, Natalie Prass, and Julien Baker among others. On top of her solo work, Mancari also teamed up with Alabama Shakes frontwoman Brittany Howard and fellow songwriter Jesse Lafser to form the supergroup Bermuda Triangle, which earned similarly glowing reviews as they performed sold-out headline shows across the country and landed festival slots from Newport Folk to XPoNential.

Becca Mancari is a traveler. She's lived everywhere — Staten Island, Florida, Zimbabwe, Virginia, India, Pennsylvania — and she's collected plenty of tales along the way, spinning the sounds and stories of the modern world into songs.

Bandcamp Daily  your guide to the world of Bandcamp